Rare Earths, a Rare Element for the Modern Technology

While in school, I always found my chemistry theory classes boring. However, the chemical experiments in the school laboratory were always fun to watch and I looked forward for these sessions. Learning the reaction of chemicals and trying different options to get a new but safer response was great, only if one was thorough with the complicated periodic table. For me, well that was the biggest hurdle, as I could never learn them all except for a few common ones.

Although all of the elements may not have been taught in the initial years of school considering their relevance covered in the school books, a detailed study can be obtained if one plans to venture in the field of chemicals and science. Fast forward today, while getting information to write this blog I happened to once again cross the look of the almost forgotten periodic table. As part of my findings I got a chance to learn about a special group of elements called Rare Earth. The group consists of 17 elements that also includes all the lanthanoids (15 elements with atomic numbers between 57 and 71), plus yttrium and scandium.

What is Rare Earth?
It is believed that since the formation of the earth, rare earth has been around with their existence only coming to light in the late 18th century. The first unique black material was discovered in Ytterby, a small town near Stockholm, Sweden. Now rare-earth ore deposits are found all over the world, however the key areas are China, the US, Australia and Russia. Due to their chemical resemblance, the proportions of rare earths in rocks are useful for geochronology and dating fossils.

Similar to copper, rare earth elements are also found in abundance. However it is difficult to mine them, as they are dispersed across the area and not found in compressed clusters. Hence because of the insufficiency to source the mineral, this has led them to be named as Rare Earth. The element is of an iron grey to silvery lustrous metal form with a soft and flexible consistency, and is also found to be usually reactive in high temperatures.

Rare earth elements (REE) have a massive impact on our daily lives. To think of it, it would be nearly impossible to imagine a part of modern technology without this vital element. One of the biggest consumers of rare earth products is the automobile industry. Moreover, rare earth elements are used by many high-tech consumer products such as smart phones, consumer electronics, healthcare sectors, computer hard drives, clean energy, advanced transportation vehicles, electronic displays, lasers, as well as for some significant applications used by the national defence.

Importance of Rare Earth
These materials started becoming popular in the advanced materials industry in the 1960s, and since then, the number of applications for rare earths has increased significantly. The world’s largest rare earth metal deposits occur in the form of bastnäsite and monazite and are located in China and the U.S. Since 1965 to the mid-1980s, Mountain Pass in California, U.S., was a leading source of rare earth elements (REE). From the mid-1980s, production of REE in China grew dramatically, and now China controls more than 90% of the global supply of rare earth minerals. Today, these elements are found in many advanced products within the following sectors: mechanical/metallurgical; glass and ceramics; electronics, optics and optoelectronics; chemical; energy; life sciences; sensors and instrumentation; and consumer.

The Employment Generation Machine of Ind... 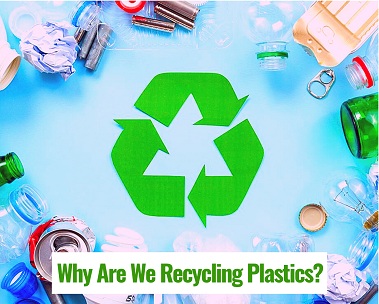 Why Are We Recycling Plastics?