The Many Benefits of the Global Solar Power Market

The topic of climate change has remained in the news for a very long time and it is making the people become more conscious about energy saving. Almost everyone is making an effort and moving ahead to help sustain the world, the trend of using renewable energy is slowly but steadily picking up pace. The effort is visible with the switch to electric vehicles from the fuel operated ones, recycling waste materials for renewed products, to putting alternative energies to work for our daily tasks, we will be seeing a lot more of this in the near future. 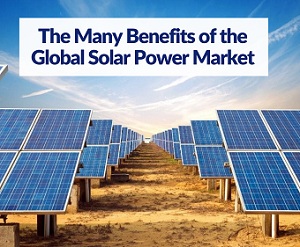 Solar, wind, tide, geothermal, nuclear and bio fuel are all forms of renewable energy, which is constantly replenished by the environment. Solar power is the most abundant, inexhaustible and clean of all the renewable energy resources till date. Energy from sun can be considered the main source of all types of energies. Solar power is the most reliable and clean energy resources, and proves to be a viable alternative to fossil fuels that are currently responsible for polluting the environment and contributing to global warming. Solar power is generated through various technologies such as solar photovoltaic, concentrated solar power (CSP), solar thermal and concentrated photovoltaic.

Global Solar Power Market Trends -
The Global Solar Power market is segregated into two technologies type i.e. solar photovoltaic and concentrated solar power. For solar power market many governments of different countries have set clean energy targets, and are trying to achieve them by switching over to renewable energies such as solar. Asia-Pacific region is dominating in the solar power marker as installation of solar photovoltaic is increased in countries like China, Japan and India.

In recent years solar photovoltaic installation has experienced an impressive growth. Solar PV cumulative capacity is increased by more than 850 GW in 2021 globally. Correspondingly the cumulative capacity of concentrated solar power also registered average annual growth rate of more than 6%. In current scenario, the market for solar photovoltaic is bigger than CSP; thanks to huge investment, research and development, incentives and initiatives taken by the governments, and a number of projects in the pipeline. However, the market of CSP technologies is expected to grow at a faster rate in future.

Solar photovoltaic is becoming the lowest-cost option for electricity generation in most of the country, which is expected to propel investment in the upcoming years. However, the net zero emission by 2050 and many initiatives by different governments towards renewable energy is likely to drive the market of solar power and other renewable energies.

The market research analysis about the aforementioned topic offered on Bharatbook can be useful to industry consultants, manufacturers, suppliers, associations & organizations related to solar power industry, government bodies and other stakeholders to align their market-centric strategies. In addition to marketing & presentations, it will also increase competitive knowledge about the industry.

To bring about a change that is good for the future of our world, the next generation of people needs to motivate their communities and workplaces to make use of renewable energy. Although government action is needed to support the transition to renewables and ensure a sustainable energy future, only people working together can bring about the change for good. 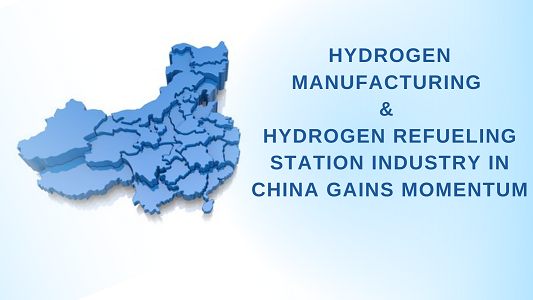