Cancer, the word itself is enough to send shivers down the spine. Rightly so considering how lethal it can be if not diagnosed and treated on time. Various treatments such as Chemotherapy, Radiation, Surgery etc. exist to Read more

One of the most prominent promises in Donald Trump’s campaign to become the POTUS has come crashing down. The reference of course, is, Affordable Care Act (ACA) aka “Obamacare”. One of the thorns in the side of Republicans. The Trump campaign and office alike, had promised the voters to repeal and replace ACA, which according to the republi...Read more

Global Unemployment Crisis- 17.8mn Indians to be jobless in 2017!

The 2017 World Employment and Social Outlook report published by the United Nations International Labour Organisation (ILO) predicts a marginal increase in the rate of unemployment in India between the years 2017 and 2018. Also, the country is likely to see the condition of social inequality worsening. According to the report, India’s unemployment rate will continue to...Read more

India's got the POWER to be the World's most Dynamic Power Indust...

India's power industry has been one of the most dynamic one in the world given the variety of sources it uses for generation, transmission and distribution of energy. The country is the world's third largest electricity producer (with a production capacity of 1,278.91 TWh in 2015) and the fourth largest power consumer. Moreover, the 5th largest installed capacity in the worl...Read more

Here comes a Smartwatch that gets Recharged with your Body Heat!

Sporting a cool smartwatch is one of the latest fads among youths these days. But let me tell you, these watches are not ‘the apple of the eye’ just for the youngsters, but also for the trendy and fitness freak men and women. From the year 2014, smartwatches started gaining more and more popularity around the world. With the entrance of Apple, Read more

Indians are having a tough time post the recent demonetisation of Rs 500 and Rs 1000 notes. Everything, from travelling to buying groceries, has become difficult without the availability of notes. Although new notes of Rs 2000 and Rs 500 have been issued, the process of collecting them in exchange of old void bills is indeed a tedious task. The move, which has been introduce...Read more 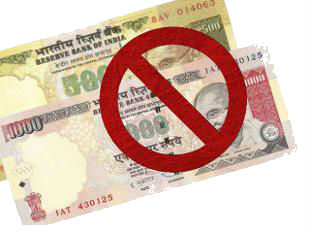 The eve of 8th November 2016 left Indians flabbergasted when Prime Minister Narendra Modi announced that Indian currency notes of  Rs 500 and Rs 1000 will become void after midnight. The sudden declaration came as a shock as nobody, including media and politicians, had any clue about this abrupt move. Mr Modi, in his televised address to the masses, conf...Read more

It is Diwali time in India and all Indian homes are beautifully adorned with lightings, garlands, diyas (lamps) and lanterns (Ah! The bright, twinkling sight in the evenings is just awesome!). What adds to this festive season is the joy of buying new clothes, home appliances, properties and…..did we miss out anything? Oh yes, GOLD! 28 October m...Read more