Marijuana – the moment we read or hear this word, the only thing that comes to our mind is drugs. But did you that this drug also has medicinal properties? Yes you are right; marijuana is a plant having some chemical composite known as cannabis to help relieve symptoms or treat diseases and conditions. For centuries, the cannabis plant was used medically around the world until the early 1900s. 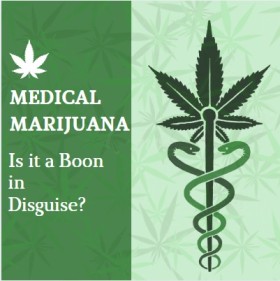 Why marijuana?
A number of pharmaceutical companies use this plant as a raw material to manufacture drugs for numerous therapeutic applications. Marijuana plants abstracts are also useful to treat the disease and various conditions caused by the disease such as the central nervous system, cancer, Alzheimer’s and used in anti-aging products.
However, the Food and Drug Administration (FDA) does not approve marijuana as safe or effective in the treatment of any medical conditions, despite the drug getting an approval for the treatment for some types of brain disorder in 2018.
To be clear, this is not the marijuana people smoked as pots in the 1970s, but a treatment for health ailments. In the US, many medical experts now approve of its use, especially for people over the age of 50. Also there is a very low risk of addiction and toxicity of medical marijuana, if taken as recommended in low therapeutic doses such as eating, breathing in or rubbing it on the skin.

Factors leading to the growth of the medicinal plant –
The increasing prevalence of chronic diseases, mounting therapeutic applications of the marijuana plant, the rising acceptance of marijuana for medical treatment in many countries, and cumulative authorization of marijuana are predicted to push the market growth. The global medical marijuana market has been mainly driven by the growing research and development activities and financial support by several private and government organizations for cannabinoid research.
To reach attain USD 54,677.1 million by the year 2023, Global Medical Marijuana Market is predicted to list a CAGR of 34.0%.
However, there are some factors that may detain the market growth during the forecast period such as the wide-ranging approval procedures, laborious government policies, and growing illegal use of marijuana.

The topic of medical marijuana remains under debate, despite getting legitimate recommendation for a variety of health symptoms. Even though it has been legalized, it is going to take some more time before the policymakers of the country decide for it be accepted and sold nationwide. Or maybe in due course a much larger body of scientific research will prove or disprove the effectiveness of medical marijuana.