Triggering new strategies and wide divergences between markets. Our Newspapers and Magazines gives you access to wide range of global news and information. We have the best of the lot to offer you.

It Is a business-focused, English-language international daily newspaper based in New York City. The Journal is published six days a week, along with its Asian and European editions. is the largest newspaper in the United States by circulation. It will provide up-to-the-minute business and financial news from the Online Journal, along with comprehensive market, stock and commodities data, plus personalized portfolio information. Our audience is anyone who wants or has a job, a career or an ambition; who seeks money, makes money, spends money and saves money; who desires an edge as an investor, an employee, a manager or an entrepreneur; or who simply wants to better understand how the world works. Read More 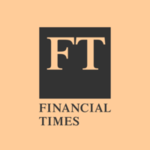 NYTimes.com Tailored For Your Class is known all over the world for unparalleled news coverage, analysis and high-caliber reporting. Each day hundreds of colleges and universities around the globe bring our content into the academic setting. Join this rapidly expanding group of academic institutions, and offer your student body NYTimes.com, on campus and off. NYTimes Education Subscription Features Academic Site Licence Access Anywhere In-depth Arc... Read More Caixin Global is part of China's most influential financial media group, Caixin Media. The Caixin newsroom is recognized as an unrivaled producer of independent, investigative journalism in China, and an indispensible source of information for investors, business leaders, policy-makers, and academics. As Caixin's English language outlet, Caixin Global is among the group's many products and services that power critical decisions, move markets, and uncover truths in the fast-paced world of business and finance. Products & Services of Caixin Global Unlimited access to caixinglobal.com and the Caixin app CX Daily Newsletter CX Tech Caix... Read More

is a members-only business storytelling platform from the house of The Economic Times, India's oldest and most trusted business news brand. In an age when the news industry is driven by the sensationalism of 'breaking news', brings readers a riveting, insightful business news experience. We are focused on depth and rigour and we deliver this in real-time Our insightful stories make for the favoured reading choice of the leaders who want to stay ahead with the power of knowledge and succeed. READ MORE Read More

was established to reflect and shape public opinion nationally and is based on sound editorial values of “fairness and justice”, the 141-year-old national newspaper brings instant updates from across the globe. In this age of misinformation and click baits, there's a lot of effort that goes into reporting, publishing, and distributing news truthfully and fairly. 's seamless coverage of news is a result of the round-the-clock efforts of hundreds of journalists - reporters, editors, fact-checkers, photographers, videographers, publishers - as well as many support staff. Group Subscriptions include : BusinessLine Frontline Sportstar  ... Read More

The HANS INDIA is a news portal which strives to keep you hooked on to news-as it happens. Our team aims to keep you abreast with whatever is making headlines across the world including politics, business, sports, lifestyle and entertainment. An English Daily published across Andhra Pradesh, New Delhi and Telangana, . The newspaper was launched in 2011 and publishes editions from Hyderabad, Visakhapatnam, Amaravati, Khammam, Kurnool, Tirupati, Warangal and in New Delhi simultaneously, the newspaper is on its way to becoming the leading English Newspaper in Telangana and Andhra Pradesh. The Newspaper is owned and operated by Hyderabad Media House Ltd, which also runs the Telugu-language news channel, HMTV. In a nutshell, we closely highlight socio-economic development of India in general and the two Telugu states in particular.  Our Editor is Mr. V Ramu Sarm... Read More

A technology Led, Digital-First media house that delivers wining content across segmented consumer cohorts. Powering some of the most influential news brands in the country, HT Digital Streams with 150 million unique visitors a month and above 1700 million page views is today poised as one of India’s fastest-growing digital media companies. At HTDS, we are committed to building trusted brands on the back of great content and a deep understanding of our customers—powered by the latest technology and a team of young, passionate leaders.If building brands and impacting lives and society at large sound exciting to you, and if you’re looking to do things no other newsroom in the country is doing, reach out to us. D... Read More

is a internationally reputed weekly magazine owned by the Economist Group. primary focus is world events, politics and business, but it also runs regular sections on science and technology. What makes unique? Smart guide to the forces that shape future Trusted filter on world affairs Read More

For more than 144 years ,Nikkei has been providing unparalleled coverage of Japan's economy, industries and markets. In November 2013 ,Nikkei realised that there was a gap in the market for an English publication focusing solely on Asian economy, business, and companies . was thus conceived to provide credible and timely reports on this growing continent. The Financial Times(FT), the global business newspaper, joined the Nikkei group in 2015. As content partners, the and the FT share select articles with their respective audiences and collaborate on joint editorial projects.       Read More

provides the best international relations coverage to diplomats, government officials, analysts, executives, and students through rigorous analysis and  cultural insights from industry experts. For over 40 years, we have convened global leaders at the intersection of business and policy focusing on the leading global  issues of our time: national security, technology, trade, global health, energy, and the environment. We produce timely and newsworthy gatherings on the world stage   — leveraging our trusted media platforms to bring valuable insights, analysis, and connections to our audience of international decision-makers and thought leaders. Read More is the definitive  independent research platform for the investment management industry. PMR is powered by a community of celebrated practitioners, academics, institutional investors, and researchers, including Nobel Laureates. Together, they coalesce behind a shared mission of advancing innovations across the practice of portfolio management. Every published article is subject to a rigorous peer- review process, ensuring that our members can use the platform with confidence and build portfolios with the highest quality of care. At we understand the importance research has in developing and managing your portfolios. Through our unrestricted online database, subscribers have access to all the latest financial intelligence from lead... Read More 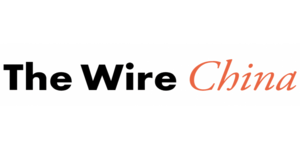 The Wire is a digital news magazine dedicated to understanding and explaining one of the biggest stories of our time: China’s economic rise, and its influence on global business, finance, trade, labor and the environment. The weekly publication — founded by David Barboza, who earned two Pulitzer Prizes while serving as the Shanghai correspondent for The New York Times — relies on a diverse group of editors, writers and columnists stationed around the globe. Many of them have years of experience covering China and its evolving relationship with the rest of the world. In 2021, two features from The Wire were named finalists for the prestigious SOPA awards organized by the Society of Publishers in Asia. Our mission is to provide accurate, balanced, and thoughtful reporting, in the pursuit... Read More