Global Base Oil Market and Their Many Applications

Base oil is known to be majorly derived from refining crude extract by heating at various levels of temperature and pressure. It is typically defined as oil with a boiling point range between 550 and 1050 F, consisting of hydrocarbons with 18 to 40 carbon atoms. This oil can be either paraffinic or napthenic in nature depending on the chemical structure of the molecules.

With an underlying property such as temperature and viscosity correlation, base oil is broadly categorized into various groups, each having unique applications across various industries from automotive to personal care. The supply-demand assessment determines its extremely ever-growing importance in various end-user industries. Although the demand for base oil is majorly generated from the automotive industry, which hugely depends on fossil fuels, it is going to stay exceedingly high as long as any breakthrough happens in the automotive industry, which possibly might be due to growing concerns of promoting sustainable development scenario in the foreseeable future. 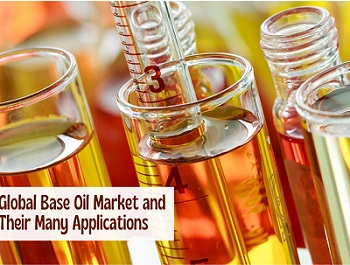 Global Base Oil Market is expected to reach at US$57.54 billion in 2027, registering a CAGR of 7.55% due to massive advancements in manufacturing facilities and development in automotive engine to drive better fuel economy. The demand for high-grade lubricants to ensure compatibility with fast-moving parts at high temperatures is being driven by advanced engine technology. The final lubricant's overall performance is significantly influenced by the base oil choice. Engine oils constitute 10–30% additives and 70–90% base oil. Therefore, it is estimated that the increased demand for high-grade engine oils would help accelerate the base oil industry.

High-performance engine oils can enable diesel vehicles, passenger cars, light-duty trucks, and stationary engines to sustain difficult and demanding conditions. The majority of engine oils are made of base oil. As a result of the rising need for high-grade oils in the automotive industry, the base oil market is growing. The global demand for base oil is projected to increase due to rising investments and tremendous automotive sector growth. The market for base oil is anticipated to boost in the coming years as electric vehicles grow increasingly mainstream in developed nations such as the United States and China.

Furthermore, technological innovations in automotive engine fabrication are driving the demand for lubricants with higher grade composition. This state-of-the-art technology provides compatibility with high pace moving parts at extremely high temperatures. The basis on which the selection of base oil is made makes a significant impact on the total performance of the finished lubricants.

Hence, the rising demand for high-grade engine oils is likely to bolster the market for base oil. Base oils are utilized in manufacturing industrial oils, including lubricating greases. Due to their extreme temperature endurance capacity, base oil builds a huge spectrum as a significant application for a variety of automobiles.

The expansion of end-user industries in emerging economies is fuelling the continuous rise of the Asia-Pacific base oil market. The need for lubricants and its derivatives, such as finished lubricants, is being driven by growth in industries including industrial machinery, automotive, and energy in rising economies like India, Indonesia, Thailand, and South Korea. Due to the depletion of underground hydrocarbon reserves and the enhanced attention towards environmental protection, there has been an increase in the demand for eco-friendly synthetic hydraulic oils or hydraulic fluids. Many different end-use industries, including aviation, manufacturing, construction and automotive, use these oils. The functions of hydraulic fluids include power transmission, lubrication, machine protection against corrosion and wear, and heat transfer. Hydraulic fluid demand is increasing because of the mechanisation and rapid industrialisation of various industries. As a result, the Asia Pacific base oil market is being driven.

The Global Base Oil Market is segmented based on source, type, application, end-use, company, and regional distribution. Based on source, the market is segmented into mineral, synthetic, and vegetable. Based on type, the market is further segmented into Group 1, Group 2, Group 3, Group 4, and Group 5. Based on Application, the market can be split into Engine Oil, General Industrial Oils, Process Oils, Greases, Others. Based on the End-Use, the market is divided into Automotive, Industrial, Personal Care, Others. The market analysis also studies the regional segmentation divided among the Asia-Pacific region, North American region, European region, Middle East & African region, and South American region. While the United States Base Oil Market stood at 4570.21 thousand tonnes in the year 2021 and is projected to grow at a CAGR of 4.71% by volume during the forecast period. 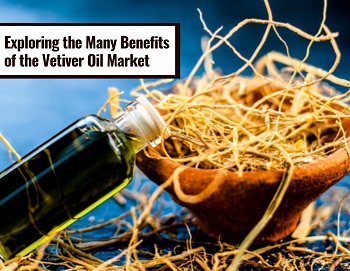 Exploring the Many Benefits of the Vetiv... 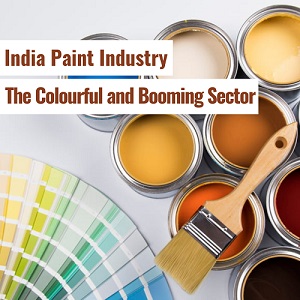 India Paint Industry, The Colourful and... 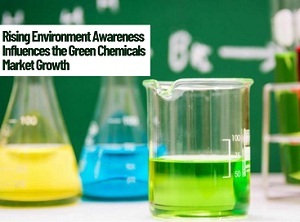 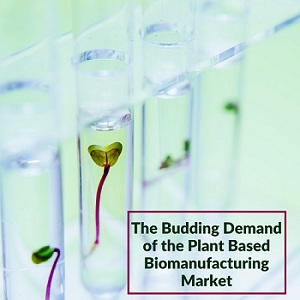 The Budding Demand of the Plant Based Bi...